Let’s keep it simple, but not too simple. This is a topic that I generally wouldn’t cover, but I’ve come to realise that too many people still don’t differentiate between fat body mass and muscle body mass. With some simple measurements you can ensure that you’re not confusing the numbers on your scales for fat, when in fact the increase is due to muscle, or vice versa.

Firstly, when performing basic weight measurements it is next to useless to measure your total body weight without also taking other measurements. Most fitness enthusiasts are interested in how much fat mass they have lost, or muscle mass they have gained, or both. If your muscle mass has increased while fat mass has decreased, regular scales might not shift at all. Invest in some tanita scales which, while not being the most accurate measure of absolute bodyfat, at least help to give you an idea how your bodyfat percentage (bf%) has shifted from week to week.

This brings us to our second point. When using tanita scales, the measurement should be performed at the same time, on the same day, each week – preferably before eating, and if possible after using the toilet and after consuming 500ml’s of water. This helps to ensure that you’re measuring body mass as opposed to last nights meal and are in a suitably hydrated state, since tanita scales can be affected by the hydration level of the body.

Also keep in mind that the relative movement of the bf% (eg it might move from 15% to 14%) is what’s really important, not necessarily how this percentage compares to a table of norms in the population. Tanita scales tend to overestimate total bf% by a few %, so if you want an absolute reading have a DEXA scan done and simply determine the difference between the scan results and the reading given by your tanita scales.

When comparing how your bf% has shifted from week to week alongside a general body weight reading, you’ll get a better idea for whether or not you have added or lost fat or muscle. For example:

Final point for tanita scales – both bodyweight and bf% might shift a little from week to week, this is normal. It’s best not to mark it down as a definite change unless it sticks for 2 weeks or longer.

Girth measurements are a useful addition alongside weight and bf% measurements for determining which part of your body has gained or lost fat or muscle. The most useful sites for measurement:

All of these recommendations are for ascertaining relative readings, which enable you to compare your progress from week to week. Don’t measure more often than this – there is quite a bit of variation in readings from day to day as a result of fluid, food, and other factors, so it would be essentially frivolous. Also try to ensure that you take the measurements in the same exact location so that relative readings can be compared.

Waist and hip measurements are useful for determining your risk of cardiovascular disease, diabetes, obesity and other chronic illness: 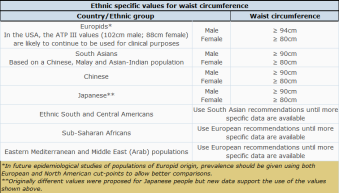 Finally, a good iPhone app for recording your weekly body measurements is Gym Buddy, one of several iPhone apps I reviewed in this post, which although no longer receives support or updates (nor is it available to other smartphone users) allows you to keep fully customised measurements along with statistics and graphs and is still more than worth the price.

What smartphone apps have you found that have made your fitness habits easier to track and plan? Share any recommendations in the comments!

Be sure to follow updates to this and other Skeptifit blog posts by entering your email to the left, subscribing by RSS, or following me on Twitter, Facebook, or Fitocracy!